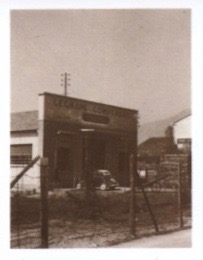 The presence of the Del Lago family in the woodworking sector started in Montecchio Precalcino with grandfather Ettore, a carpenter who in the post-war period also began selling plywood and faesite.
In the late 1940s his son Serafino continued the family tradition, taking over the business and transferring the company headquarters to Thiene, first on Via De Muri and then on Via Del Costo, taking advantage of a new and larger space, expanding sales of wood products.
In 1977, with the untimely death of their father Serafino after thirty years in the business, his sons Ettore and Lorenzo stepped in.
Since then the efforts of the Dal Lago brothers have focused primarily on carefully searching for different types of wood, offering a wide, diversified range of materials.
Their expanding business required more space, so they moved their headquarters to Ca’ Orecchiona in 1985, where the current depository, after several renovations, stands today on 30,000 square meters of surface area.
The selection of materials expanded further, always concentrating exclusively on the finest productions in the world.
This allowed the Dal Lago company to become competitive in the wood sector, also thanks to consolidated experience in the many fields where wood is used. 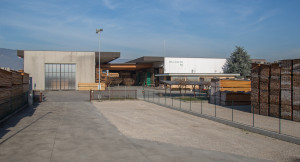 Over recent years the efforts of the brothers have focused on European broadleaf trees, as well as on Siberian and Austrian larchwood trees; the pinewood completes the range of wood types.

Continuous development has required additional space. Since 2014 a new depository for seasoning, drying and woodworking has been in operations on a surface area of 20,000 square meters in an industrial area (in Thiene).
OAK, Austrian/Siberian LARCHWOOD, PINEWOOD (in addition to beech wood, ash wood and linden) currently represent the pride of DAL LAGO Spa, which the company sells throughout all of Europe, as well as overseas.
Send us your special requests: you will receive an immediate response.

This website uses cookies to improve your experience while you navigate through the website. Out of these, the cookies that are categorized as necessary are stored on your browser as they are essential for the working of basic functionalities of the website. We also use third-party cookies that help us analyze and understand how you use this website. These cookies will be stored in your browser only with your consent. You also have the option to opt-out of these cookies. But opting out of some of these cookies may affect your browsing experience.
Necessary Always Enabled
Necessary cookies are absolutely essential for the website to function properly. This category only includes cookies that ensures basic functionalities and security features of the website. These cookies do not store any personal information.
Non-necessary
Any cookies that may not be particularly necessary for the website to function and is used specifically to collect user personal data via analytics, ads, other embedded contents are termed as non-necessary cookies. It is mandatory to procure user consent prior to running these cookies on your website.
SAVE & ACCEPT